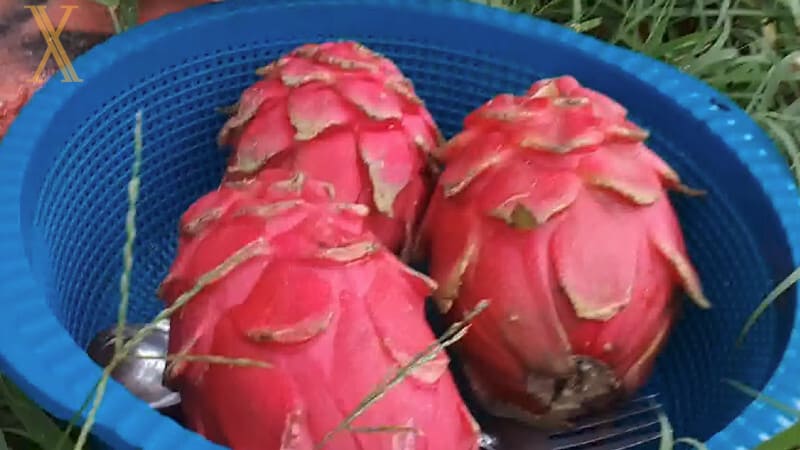 The pitahaya, or dragon fruit, is considered an exotic wonder – despite being little known due to the number of benefits it brings. Likewise, its varied appearance makes it more striking, an aromatic fruit complemented with a sweet and pleasant taste on the palate.

Pitahaya can be used for multiple purposes, including promoting weight loss, helping to treat constipation, and even helping to fight diseases.

In addition to being easily accessible in countries such as Mexico, Peru, and Nicaragua, the latter is one of the American continent’s largest exporters.

What is the origin of pitahaya?

The origin of the dragon fruit dates back to the era of Spanish colonization, during their expeditions in Mexico, being found by the colonists and baptized as pitaya. However, it should not be confused with pitahaya; although they come from a type of cactus (Stenocereus), they are of different species.

Although the origin of the pitahaya is uncertain, it is said that when people took it to new lands, it took an elitist route, where it was initially cultivated in Vietnam for the king’s consumption, becoming more popular among wealthy people.

How is its production?

As for its production, it varies according to the time of year, taking into account the climatic requirements. Therefore, it occurs initially in a gradual period, going from mid-autumn to early spring, eventually reaching late spring.

Since it has gained recognition, currently, many countries produce and export pitahaya, achieving a more significant impact at a commercial level. It is possible to grow them at home under the right conditions.

As for its planting process, it should be known that it merits a suitable climate since exposing the plant to too much moisture can damage your crop. In addition, your land must have a specialized fertilizer that corresponds to the needs of the cacti of its type. Also, it must have high sun exposure, and pruning should be carried out in the areas where the fruit does not grow correctly.

The fruit of the dragon or pitahaya has a characteristic appearance that identifies it, having a variety of colors; this fruit has an oval shape with thorns on the outside. However, this varies according to its properties, thus finding two main types of pitahaya.

In this sense, we have the yellow shell with thorns, which, due to its high sugar content, makes it sweeter, and the red shell, unlike the yellow, bracts instead of thorns.

As for its root, they also have two types: the primary root, whose function is based on absorption, thin and superficial, and the second responsible for holding it, positioning itself in the aerial part of the root.

Its stem is branched on three sides and articulated by straight sections acting as water regulators and participating in photosynthesis.

Finally, we have its flower, whose birth occurs in the upper stem of their areolas, reaching about 15 or 30 cm long, are yellowish, white, or pink.

Also, giving it large thin, and pointed segments of cream color coming from its lower part and not forgetting that this flower opens during the night, in the direction of the moonlight.

Due to its amount of nutrients and properties, pitahaya has a delightful taste, especially in the case of yellow fruit; unlike red fruit, water is its main component.

Despite being considered unique, pitahaya can be compared to kiwi. Although its appearance differs, its texture and properties are minimally similar. However, dragon fruit provides many more nutrients in comparison; you can identify its maturity, and the moment it is better to consume it depending on its appearance.

So if you are looking for more sweetness, you can opt for the yellow dragon fruit, whose color indicates that it is at its ideal point. On the other hand, if you want more properties, the red pitahaya is the perfect option when the bracts are yellow.

What are its properties and benefits?

I should note that pitahaya provides endless properties and benefits due to its amount of nutrients, vitamins, and minerals. First, it has antitumor, anti-inflammatory, and antioxidant properties, which delay cell aging.

Not to mention, it boosts the immune system. Also, its seeds have a laxative effect, regulate blood sugar and stimulate collagen production. Among its other benefits is the better absorption of iron, which is perfect for combating cases of anemia.

In addition, it is perfect for helping form bones and teeth because it is rich in water and low in carbohydrates, making it ideal for slimming diets. [1]

The pitahaya has a nutritional value of 100 grams constant of 54 calories and a significant amount of 84.40% water, in addition to 13.20 grams of carbohydrates and 1.4 grams of protein.

It also has 0.40 grams of total fat; and a vitamin C value of 8 milligrams, adding about 0.5 grams of fiber and 10 milligrams of Calcium and not forgetting that it has 1.3 milligrams of iron and 26 milligrams of phosphorus, which make the pitahaya a whole fruit in nutrients.

For this reason, dragon fruit has become the ideal companion in nutritional snacks and even desserts. In addition, this fruit can be enjoyed in multiple ways, thus demonstrating why it is perfect to be part of your snack.

What is pitaya used for?

The best way to consume pitahaya is raw, allowing better absorption of nutrients. However, it has multiple uses, such as syrup for sweets, salads, or nutritional drinks.

In the same way, this fruit can be taken to the kitchen in another way when served as an accompaniment to dishes such as seafood or even grilled. We can also mention the uses of its cocoon (unopened), which can be cooked as a vegetable.